Does Cialis make you bigger? What the science says 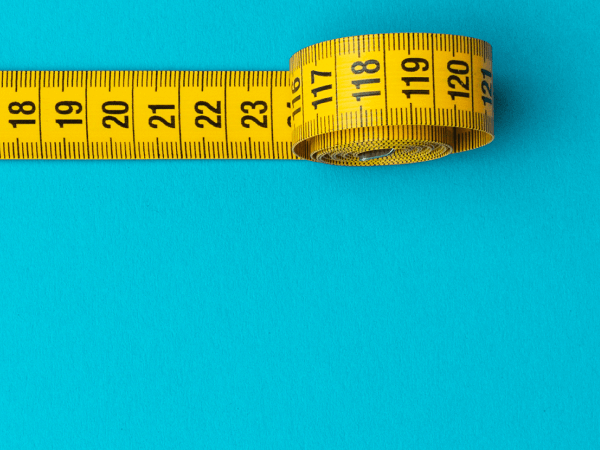 The effect Cialis and similar medications is, by now, pretty well established. ‍But does it do anything for that other source of sexual anxiety, namely size? Can Cialis really make you bigger?

As welcome as that may or may not be, it just isn’t the case. Cialis and similar ED medications affect the blood flow to your penis, not its physical size.

Yet people taking medication for erectile dysfunction sometimes get a feeling of being bigger. So what’s happening here?

First, we need a closer look at how medications like Cialis work. ‍

Cialis is the brand name for a drug called tadalafil that, like other ED medications, is a PDE5 inhibitor.

What does that mean? In short, PDE5 inhibitors are a group of medications that improve blood flow to certain tissues, including the penis. (Although they were initially developed to treat cardiovascular conditions, like high blood pressure).

Cialis comes in a few different doses: 10mg, the recommended starting dosage; 20mg, the highest available dose; and a daily 2.5 mg or 5mg dosage. The daily form of Cialis is designed for those with ED who are looking to have more spontaneous sex without the medication planning.‍

Cialis increases blood flow to the tissue of your penis. To get a little scientific, PDE5 inhibitors block something called cGMP-specific phosphodiesterase type 5, or PDE5 for short. This is an enzyme that’s responsible for regulating the flow of blood to the penis (and other areas of the body).

By inhibiting the PDE5 enzyme, Cialis can increase blood flow to the penis, helping you get and keep an erection when you are sexually aroused.

This last point is important. You do still need to be sexually aroused for Cialis, and other PDE5 inhibitors to do their thing. Usually, Cialis will start to work within 30 to 60 minutes, so take it at least half an hour before you plan to have sex.

Is effective? In many cases Cialis can be effective. In one study looking at Tadalafil 10 mg and 20 mg, 71% and 84% reported improved erections compared to 33% in the group that received a placebo. ‍

Does Cialis make you bigger?

Now you know a little more about how Cialis works you can see why Cialis wouldn’t increase penis size.

By relaxing the blood vessels around the penis, Cialis and other PDE5 inhibitors may help you get and maintain an erection, but this process will do nothing for your size.

What about lasting longer?

Another common Cialis question is whether taking Cialis will make you last longer before reaching orgasm. Again, this isn’t something Cialis or other PDE5 inhibitors were developed to do.

As you now know, they work by increasing the ability of blood to flow into the soft, erectile tissue of your penis. This makes it easier for you to get and keep an erection.

If you’re concerned about your stamina, remember that you’re far from alone. If premature ejaculation is a major issue for you, treatment is available and you should discuss this with your doctor.

Does Cialis Make You Last Longer?

No well-designed studies suggest Cialis can make users last longer in bed as an off-label benefit of the drug. However, there is one important way in which Cialis can potentially make you last longer. Suppose you aren’t lasting as long as you’d like in bed because you’re losing your erection without ejaculating. In that case, Cialis can help you maintain your erection long enough for a satisfying sexual experience for you and your partner.

Since the inability to maintain an erection is a symptom of erectile dysfunction, which Cialis is meant to treat, this drug can help you overcome this issue and ensure your erection will last long enough to enjoy a sexual experience fully. The effectiveness of a Cialis pill also lasts longer than other ED treatments. It’s best taken 60 minutes before sexual activity, with efficacy peaking after about 120 minutes. In some patients, the effect may last up to 36 hours. This makes it easier to enjoy spontaneous sex without having to plan when taking your ED pill strictly.

Does Viagra Make You Bigger?

Viagra does not make you bigger. However, while Viagra won’t make your penis size increase permanently, you may find that your penis seems bigger while erect because Viagra helps blood flow to your penis so that your erection is very firm.

The firmer your erection, the larger your penis may seem while it is erect. While there may be pills that claim to increase penis size, no pill can achieve this. Penis size is determined during puberty and, after that time, doesn’t change again in adulthood. Given this fact, it’s best to stay away from any pills that claim to increase penis size permanently. At best, they won’t work, and at worst, they may have adverse side effects and be unsafe.

However, anyone who has seen a penis go from flaccid to erect can attest that the penis becomes visibly larger as blood rushes to it to make it firm for intercourse. If you have erectile dysfunction and have difficulty getting or maintaining a firm enough erection for sex, taking Viagra and experiencing a firm erection may make it feel like your penis is more prominent, thanks to the extra blood flow.

How Does Cialis Work?

Cialis works by increasing blood flow to the penis. It belongs to a class of drugs called phosphodiesterase-5 (PDE5) inhibitors that affect the sequence of events that need to happen in the body to lead to smooth muscle relaxation that allows blood to flow to the penis to create an erection.

Another well-known erectile dysfunction drug, Viagra, also belongs to this same class of drugs. As their name suggests, these drugs work by blocking an enzyme called PDE5 responsible for regulating blood flow to various body parts, including the penis. When the PDE5 enzyme is inhibited, blood flow to the penis can increase, helping you get an erection and maintain it long enough to enjoy a sexual experience when you are sexually aroused.

Being sexually aroused is an important step: sexual stimulation is required, and Cialis won’t cause the penis to become erect just by taking the drug. The same is true for Viagra and any other PDE5 inhibitors. It’s very rare to experience a persistent erection that won’t go away after taking Cialis. It would be best if you generally were turned on for that to happen.

How Long Does It Take for Cialis to Work?

It takes Cialis at least half an hour to work. Typically, it can take between 30 and 60 minutes for the effects to kick in. If you’re planning to have sex, it’s a good idea to take at least 30 minutes before intercourse. Once you’ve taken Cialis, you must be sexually stimulated to experience an erection.

Contrary to what some people think about PDE5 inhibitors such as Cialis and Viagra, you won’t automatically get an erection once the effects of the pill kick in. Instead, Cialis works by inhibiting the effects of an enzyme called phosphodiesterase-5 (PDE5), leading to smooth muscle relaxation in the penis that allows blood to flow into it during arousal resulting in an erection.

It takes between 30 and 60 minutes for the smooth muscle relaxing effects to kick in, but you’ll still need to become aroused for the blood to flow to the penis. That means you don’t have to worry about any unexpected and persistent erections just from taking Cialis. A typical dose will last about 36 hours, so turning it on at any time in that window can result in an erection.

Cialis and other PDE5 inhibitors work by impacting the events that need to happen in the body to cause the smooth muscle relaxation that allows blood to flow to the penis, resulting in an erection. If the smooth muscles in the penis can’t relax properly, adequate blood flow can’t occur, and the penis won’t become hard and firm enough for intercourse. It’s important to note that Cialis, like other ED drugs belonging to the same class, won’t cause an erection on its own.

Cialis doesn’t cause blood to flow to the penis. Instead, it inhibits an enzyme that regulates blood flow to the penis and other parts of the body, allowing blood to fill the chambers of the penis only when you are aroused. Taking Cialis won’t give you an erection, but it will make it possible to get one once you are turned on. Cialis takes about 30-60 minutes to kick in, and a typical dose can last about 36 hours, so you’ll be able to get an erection when you’re aroused any time in that window.

If you’re looking for help with ED specifically, Cialis is one of several options available here in Canada.

Want to discuss your treatment options? Connect with one of Felix's healthcare practitioners today. 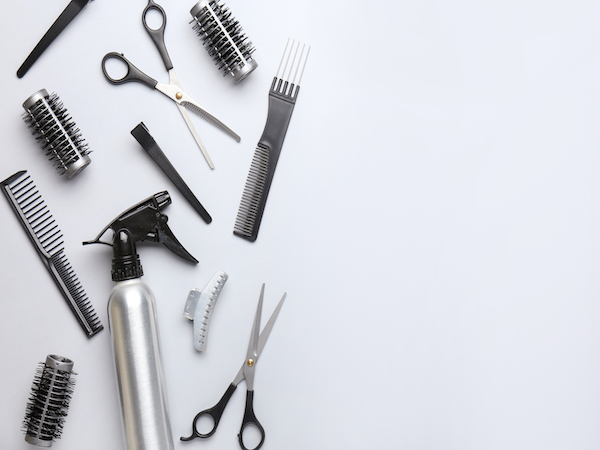 Everything You Want To Know About Your Receding Hairline 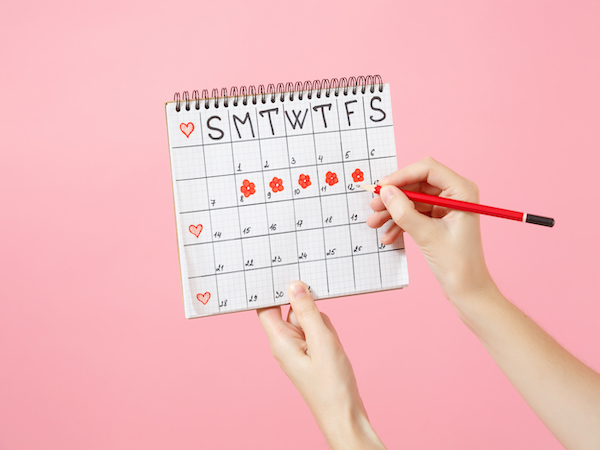 Can You Start Birth Control Pills on Your Period? 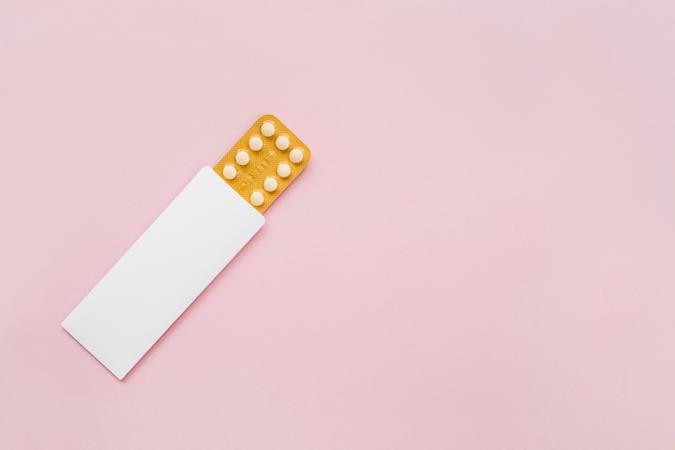