Your Complete Guide to Maintaining an Erection 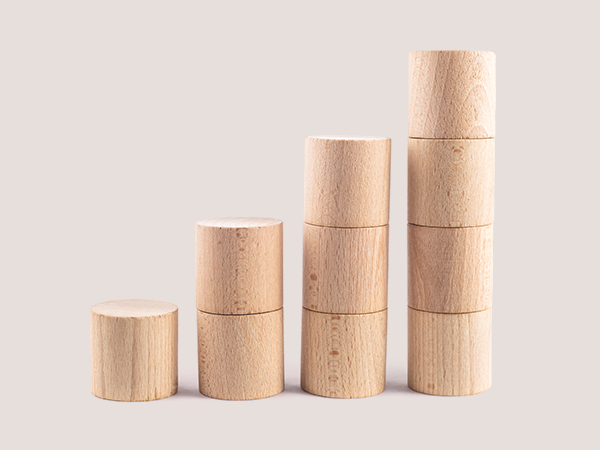 Odds are, you’re reading this alone. Maybe you’re on your phone, with the screen tilted in such a way that someone else can’t see what you’ve pulled up. You might even delete your search history after getting the answers you seek about your sexual health.

All of this is okay. We understand — maintaining an erection is a sensitive topic that comes with a lot of stigma if you don’t feel like you’re “succeeding” at it.

But it’s a little-known secret that erectile dysfunction, whether mild or severe, is common among people with penises. According to a 2020 study by researchers for the International Society for Sexual Medicine, erectile dysfunction can see prevalence rates as high as 48.6%.

If you’re having some difficulty maintaining an erection, at least take comfort in knowing you’re not alone.

So … how can I actually stay hard?

Now for the real question — what can you do to maintain harder erections?

Keep reading to find out what you can do to improve sexual performance. We’ll break down solutions to erectile dysfunction in three categories:

Psychological and interpersonal shifts that can improve sexual health

But if you’re looking to add some extra oomph to your erections, start here. Sex is deeply personal, and building intimacy with other people can seem daunting. Fear of intimacy and anxiety about sexual performance can affect your ability to get and maintain an erection.

The good news is that you can take steps to address any psychological and interpersonal roadblocks that may be standing between you and a harder erection. Here’s how to address some common barriers.

Define and re-examine your sexual preferences

No two people have the exact same sexual needs. Some people are kinky, others are satisfied with more vanilla sex (both are okay!). Due to stigma, we’re rarely encouraged to question whether or not the kind of sex we’re having is really the type of sex we want to be having.

Whether you’re assessing your sexual orientation (asexual people exist, too!) or discovering a new preference, give yourself permission to explore –– as long as it’s consensual.

Communicate with your partner(s)

Talking about sex is … hard. And if you’re not communicating with your sexual partners, misunderstandings can make you less hard.

Start by diagnosing any problems. Are you bored with your sex life? Is your relationship going through a rocky period? Is there resentment that needs to be addressed?

Maintaining an erection is difficult when emotional barriers are coming between you and your sexual partners. To address these issues, write down the points you want to address and talk to your partner. Consider relationship counselling if problems seem insurmountable.

Try toys with your partner(s)

If you can get hard but you have some difficulty staying hard, try a cock ring. A cock ring is an O-shaped toy that fits around the base of your penis and keeps blood in the shaft for longer. If used correctly with a good amount of lubrication, they’re safe and shouldn’t cause pain.

Get help for depression and anxiety

Depression and anxiety are common mental illnesses that can contribute to erectile dysfunction. According to one small study, almost a quarter of men with ED also have depression, anxiety, or both.

Yet men aren’t socialized to seek help for mental illness. According to Dr. Michael Myers, a psychiatrist and clinical professor in the Department of Psychiatry at the University of British Columbia, “In men, mental illness can be masked. We’ve known for decades that women are more apt to recognize illness of any sort and go to their doctor. This doesn’t mean women are healthier, but that some men just repress it.”

If you’re depressed or anxious, talk to your doctor. They may be able to prescribe medication (which, unfortunately, can exacerbate ED) or refer you to a therapist who can help.

Lifestyle changes that can improve your sex life

Before you start comparing ED meds, you may want to take stock of lifestyle factors that could be making it hard to stay hard. Here are five of the most common contributors to erectile dysfunction and what you can do about them.

Stress is a leading cause of erectile dysfunction. When your body is stressed, stress hormones like cortisol rise and the sympathetic nervous system is activated. Even at low levels, stress hormones can send the body into varying degrees of fight or flight, which then deprioritizes sexual performance.

Stress reduction isn’t easy when external factors like job uncertainty, relationship strife, family troubles, or other problems are nipping at your heels. But here’s what can help:

There’s no one food that will give you a harder erection, but a balanced diet teeming with healthy fruits, veggies, protein, and healthy fats can contribute to better overall sexual health.

But erectile dysfunction has been linked to heart disease caused by high blood pressure; when plaque builds up in your arteries, it reduces blood flow to your heart and your penis.

ED is also linked to diabetes. Over time, high blood sugar can damage blood vessels and nerves that feed an erection. One U.S. study by researchers at the Johns Hopkins Bloomberg School of Public Health found that almost 50% of men with ED also had diabetes.

So what can you do about it? Try to avoid eating too much sugar and processed foods. Keep your sodium in check. Greens and fish rich in omega-3 fatty acids, such as salmon, can also help lower your blood pressure over time if you remain consistent.

Similar to your diet, smoking can affect your erections over time because nicotine can cause your blood vessels to narrow. One study published in Prostate International also showed a link between erectile dysfunction and atherosclerosis, which is a buildup of plaque in your arteries caused by smoking.

Plaque and narrow blood vessels do not create a great environment for strong erections. Quite the opposite.

If you want to quit smoking, you’ll need to combine prescription medication with behavioural therapy. One study from the UK found that over-the-counter smoking cessation aids actually reduced success rates, so you’ll want to see your doctor for help.

Mild to moderate alcohol consumption can affect your erection when you’re drunk, but the alarm bells really start to go off when you’re consuming more than three standard units of alcohol (12g of ethanol) on a daily basis.

A 2007 study in the Indian Journal of Psychiatry found that 72% of men who suffer from alcohol dependence also experienced sexual dysfunction, most commonly ED, premature ejaculation, and low sexual desire.

If you’re struggling with alcohol addiction, find an Alcoholics Anonymous group near you. According to researchers from Stanford, AA is even more effective than therapy because of its social component.

Get some sleep to avoid low testosterone

Sleep deprivation is associated with lower testosterone. According to an American study by the University of Chicago Medical Center, skipping sleep reduces testosterone levels in young men as if they had aged by 10–15 years. After just one week of getting five hours of sleep per night, their testosterone levels were decreased by 10%–15%.

If you want to get more sleep, try:

Medication that can treat erectile dysfunction

If you need some prescription help with staying hard, there are several drugs on the market you can try. Some last longer than others and work in different ways, so here’s the scoop on how to compare them.

Viagra, or sildenafil, was the first oral pill to treat ED when it was invented in 1998 (a generic version was released in 2017 ahead of Pfizer’s patent expiry).

Viagra lasts for four hours, with peak levels happening between 30–120 minutes. It’s absorbed quickly, and most people see effects within 30 minutes if they haven’t eaten.

People usually take Viagra at a dose of 50mg about one hour before sex. Your doctor can adjust the dose based either on how it’s working or side effects, which can include dizziness, headache, flushing, indigestion, blurred vision, back pain, insomnia, rash, priapism, and muscle pain.

Cialis was first approved in 2003 as the first and only ED pill clinically proven to last for up to 36 hours. It’s been affectionately called the “weekend pill” because of its long lifecycle, and people tend to like it because they don’t have to plan sex as much as they would with Viagra.

Cialis starts to work within about 30 minutes, but it can take two hours to become fully effective because of its long lifecycle. A typical dose of Cialis is 10mg to start, which can be increased to 20mg or reduced to 5mg if the side effects are brutal. But if you want to take Cialis on a daily basis, you’ll take an initial dose of 2.5mg once a day, which can be increased to 5mg if it’s not working.

Vardenafil, otherwise known as Levitra, is virtually the same as Viagra, but some people prefer one over the other due to differences in side effects.

In a study comparing Levitra to Viagra, Levitra was found not to inhibit phosphodiesterase-6 to alter colour perception, which is a rare side effect of Viagra.

If you experience premature ejaculation, lidocaine spray is very effective at prolonging the time it takes you to ejaculate. In one study published by the International Journal of Impotence Research, the average time of vaginal penetration with lidocaine spray increased from one minute and 24 seconds to eleven minutes and 21 seconds––an eight-fold increase.

Lidocaine spray is an anesthetic that’s sprayed on the tip of the penis 15 minutes before having sex. The spray has few side effects, but a few people do report numbness of the penis and––you guessed it––erectile dysfunction. So just be careful you don’t come full circle with this option.

There are lots of options when it comes to dealing with erectile dysfunction, it’s up to you to decide where you start and which treatment makes the most sense for you. If you want to explore medical options, start an online visit with Felix today.

The views expressed here are those of the author and, as with the rest of the content on Active Ingredients, are not a substitute for professional medical advice, diagnosis, or treatment. If you have any medical questions or concerns, please talk to your healthcare provider. 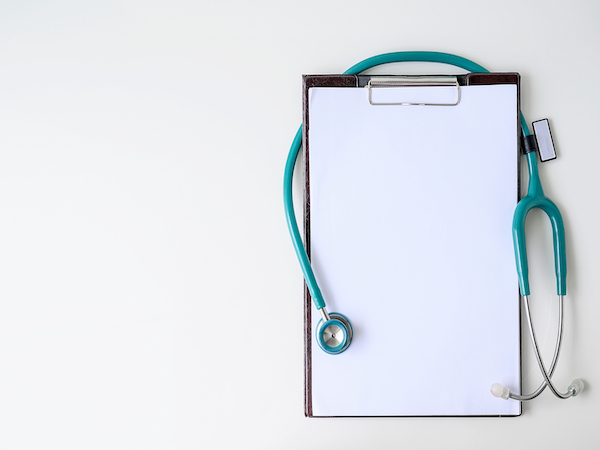 Do You Need a Prescription for Viagra? 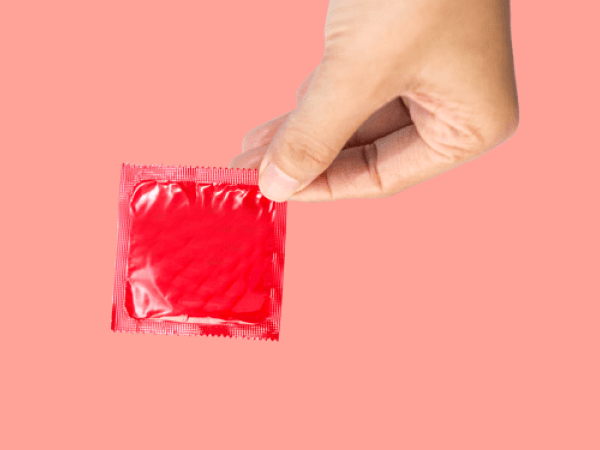 All articles
How to Use Viagra for Best Results
Read