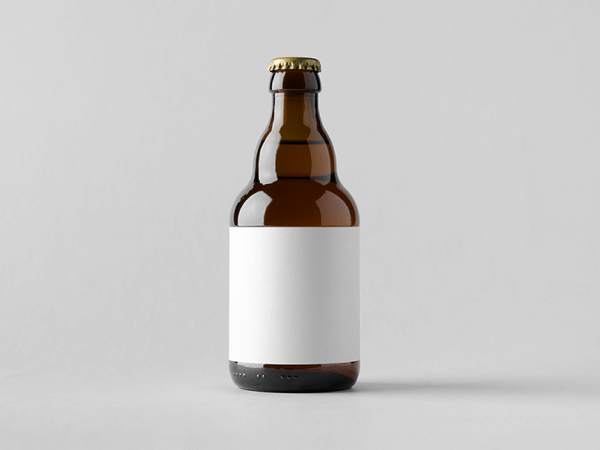 There’s a reason the British coined the term Brewers Droop (really, look it up).

Research suggests that drinking large amounts of alcohol over an extended period of time can make erectile dysfunction more likely.

Even in the short term, there is data suggesting a night of heavy drinking has the potential to impact performance.

The short answer is that drinking a small amount of alcohol while taking Cialis may not reduce the effects of the drug. But if you’re planning on a heavy night of drinking, you increase the likelihood of experiencing side effects associated with Cialis.

But to go into more detail, we need to look a little more closely at how Cialis works, as well as how alcohol impacts your ability to get an erection. ‍

Cialis is the brand name for a drug called Tadalafil that, like other ED medications, is a PDE5 inhibitor.

What does that mean? Put as simply as we can, PDE5 inhibitors are medications that improve blood flow to certain tissues, including the penis. (However, initially, they were designed to treat cardiovascular conditions).

Cialis comes in a range of doses: 10mg, the recommended starting dosage; 20mg, the highest available dose; and a daily 2.5 mg or 5mg dosage. The daily form of Cialis is designed for those with ED who are looking to have more spontaneous sex without the medication planning.‍

Cialis works by increasing blood flow to the tissue of your penis. To get a little technical, PDE5 inhibitors block something called cGMP-specific phosphodiesterase type 5, or PDE5 for short. This is an enzyme that’s responsible for regulating the flow of blood to the penis (and other areas of the body, too)

By inhibiting the PDE5 enzyme, Cialis and other ED medications can increase blood flow to the penis, helping you get and keep an erection when you are sexually aroused.

This last point is key. You do still need to be sexually aroused for Cialis, and other PDE5 inhibitors to do their thing. Usually, Cialis will start to work within 30 to 60 minutes, so take it at least a half hour before you plan to have sex.

Is it effective? Research suggests that In many cases Cialis can be effective. In one study looking at tadalafil 10 mg and 20 mg, 71% and 84% reported improved erection compared 33% in the group that received a placebo. ‍

How does alcohol affect your ability to get an erection?

So does drinking alcohol make it harder to get an erection? Shakespeare thought so, proclaiming that alcohol “provokes the desire, but it takes away the performance.”

The Bard was no urologist, of course, but he may have been on to something.  ‍

In general alcohol can increase ‘subjective arousal’ (feeling more sexually aroused) but has the potential to limit ‘physiological arousal’ (i.e. getting an erection).

Your ability to get an erection is influenced by a combination of blood flow, nerve, and psychological factors. The precise relationship between each of these factors and alcohol isn’t established conclusively.

Just how alcohol has this potential impact on erections is the tricky part, but it is thought to be a result of alcohol depressing your central nervous system. ‍

Alcohol and Erectile Dysfunction in the Long Term

The potential for alcohol to negatively impact your ability to get an erection isn’t only a short term thing. Studies suggest that sustained heavy drinking over longer periods of times, is associated with a higher likelihood of experiencing ED. ‍

One study found men who have more than three glasses of wine per day were more likely to experience ED. Erectile dysfunction is also common among those with alcohol dependence. ‍

So what does this mean for anyone experiencing ED?

According to the manufacturer, drinking excessive alcohol (they define it as five glasses of wine or five shots of spirits) can increase your chances of getting a headache or getting dizzy, your heart rate increasing, or lowering your blood pressure.

If you’re planning on having a single beer or glass of wine you may not experience a difference in effectiveness. However, it is still sensible to minimize alcohol consumption when taking Cialis. ‍

Stay vigilant for Cialis side effects

Regardless of whether you have had a drink or not. Make sure you know the potential side effects of Cialis and are alert to them.

Side effects usually occur while the medication is active. However, it’s also possible for some effects (particularly headaches and heartburn/indigestion) to occur as the drugs are becoming less active in your body.

If you develop an erection that lasts longer than four hours, please go to the emergency department — this is a rare but dangerous side effect called priapism.

There have been exceedingly rare reports of non-arteritic anterior ischemic optic neuropathy — a condition that impacts sight — although most experts do not believe this to be related to ED medications.

It is recommended that you see a doctor in person for this issue, for a full physical exam and blood work to determine if there is an underlying cause like diabetes, vascular disease, or low testosterone.‍

Other times you shouldn’t take Cialis

Apart from heavy alcohol when else should you not take Cialis? There are several other scenarios:

Want to discuss your treatment options? Connect with one of Felix's healthcare practitioners today.

A little alcohol is not likely to affect the efficacy of Cialis. For example, if you’re planning to have a drink or two with dinner while using Cialis, you aren’t likely to experience serious interactions between the medication and alcohol.

However, this doesn’t mean you shouldn’t be mindful of how much alcohol you consume when using Cialis. The manufacturer of Cialis indicates that drinking five or more alcoholic beverages, with one beverage defined as a glass of wine, beer, or a shot of spirits, can increase your chances of experiencing low blood pressure, a racing heart, or dizziness. To treat erectile dysfunction, an effect of Cialis is the widening of blood vessels that allow blood to flow to the penis. Wider blood vessels result in lowered blood pressure.

Since alcohol can also lower blood pressure, excessive drinking while using Cialis can potentially result in worryingly low blood pressure and dizziness. Additionally, excessive drinking is associated with erectile dysfunction, which is the very problem that Cialis is taken to treat. Limiting alcohol consumption while using Cialis is generally a good idea, but moderate consumption is safe and unlikely to result in interactions.

Cialis belongs to a class of drugs called DPE5 inhibitors, making blood flow to the penis easier. Since this blood flow is necessary for an erection to be achieved and maintained, Cialis can help in cases of ED in which a person has difficulty getting an erection and cases in which they can get an erection but have trouble maintaining it. Different doses of Cialis are available, and a licensed healthcare practitioner can help you determine which dose is right for you. There is also a daily version available, which some people prefer the freedom to be spontaneous that it allows for.

How Safe Is Cialis?

It is among the most commonly prescribed treatments for this condition, and since close to half of Canadian men over 40 experience erectile dysfunction sometimes, it is widely used. However, Cialis is a prescription medication with some contraindications and side effects. It isn’t available over the counter, and a healthcare practitioner will assess your situation and other medications you may be taking to determine if Cialis is right for you. Cialis has some contraindications, including organic nitrates used to treat chest pain. Some medical conditions are not compatible with taking Cialis. In these cases, a doctor won’t prescribe Cialis.

Another consideration when taking Cialis is to be mindful of alcohol consumption. While you can safely consume Cialis and alcohol together, alcohol should be limited. The manufacturer indicates that five or more beverages consumed while taking Cialis can increase the risk of experiencing side effects such as dizziness and low blood pressure.

How Does Cialis Work?

Cialis, like other PDE5 inhibitors, make it easier for blood to flow to the penis so that an erection can be achieved and maintained. Cialis is usually taken about 30 minutes before sexual activity, and it can remain effective for up to 36 hours in some users, but its effectiveness will taper off over time. It’s worth noting that you still have to be sexually aroused for Cialis to work. Cialis does not produce an erection without arousal or stimulation. In other words, you don’t have to worry about getting an unwanted erection at the wrong time due to taking Cialis.

Priapism is a rare condition in which an erection occurs and lasts more than four hours. This is considered a medical emergency, and seeking medical attention is necessary. However, most people who use Cialis will never experience this side effect.

Can Cialis Be Taken With Alcohol?

Yes, you can take Cialis with alcohol. Consuming moderate alcohol while taking Cialis is generally safe and will not cause interactions with the medication. However, excessive consumption of alcohol is associated with symptoms of erectile dysfunction. Having more than a few drinks while taking Cialis can be counterproductive.

Additionally, the medication manufacturer advises against having five or more drinks while taking Cialis due to the increased risk of side effects such as dizziness and low blood pressure. This doesn’t mean that alcohol has to be avoided altogether when taking Cialis, but it is best to keep your alcohol consumption to one or two drinks when you’re planning to use this medication.

Whether taking Cialis with alcohol or on its own, it’s essential to be aware of the side effects so that you can take action if you experience them. These include dizziness, lightheadedness, headache, flushing, nausea, and runny nose. 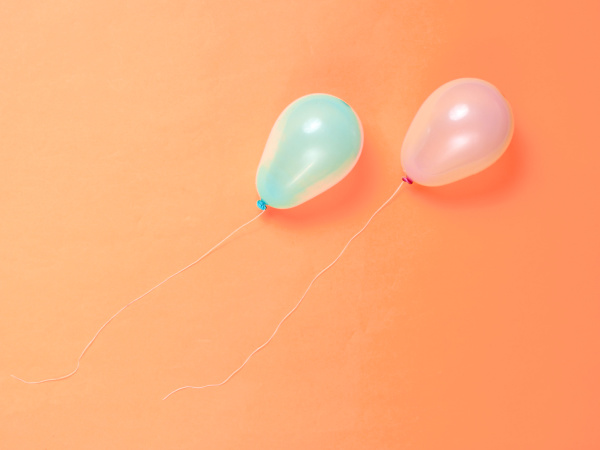 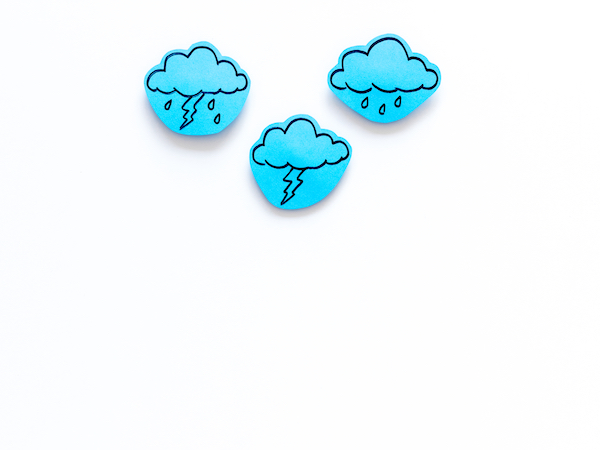 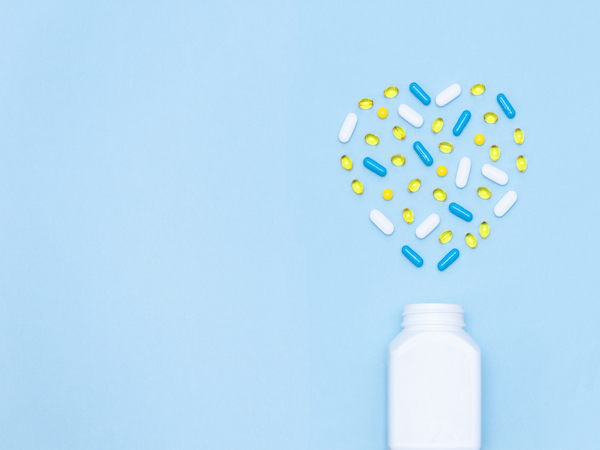