What You Need to Know About Finasteride for Hair Loss 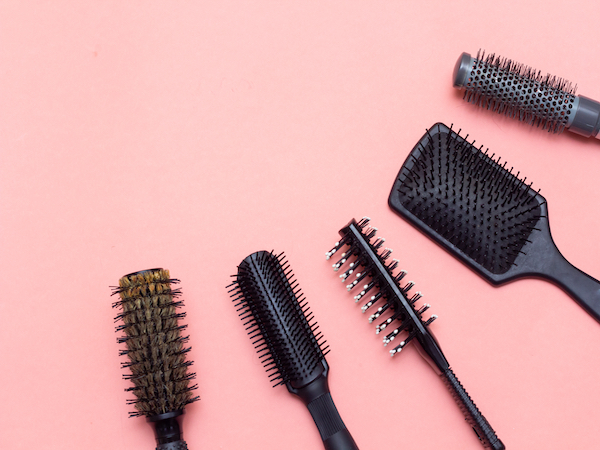 Losing your hair can feel awful.

Whether a sign of aging or a more serious underlying condition, hair loss hits most people harder than they thought it would. So much of our identity is tied up in our hair, and for a lot of people, a loss of hair means a loss of confidence.

What’s even worse is that we often associate hair loss treatment with solutions that make us look ridiculous, like floppy toupées or patchy hair plugs. But there’s great news — there are much better options. One of those options in Canada is finasteride.

A quick heads up: Hair loss affects people of all genders, but conventional treatment options are for people with male hormones. This is what we’ll discuss here.

Finasteride is the active ingredient in Propecia, which was approved by the FDA in 1997 for the treatment of androgenetic alopecia — or what’s commonly referred to as “male pattern baldness”. A generic version of the drug was approved in 2006.

Finasteride is also known as Proscar, which is a separate treatment having nothing to do with hair loss. Proscar is a higher dose version of finasteride, which was originally developed to treat an enlarged prostate. The discovery of finasteride for the treatment of hair loss was a happy accident!

Finasteride is a 5-alpha-reductase inhibitor, which prevents testosterone from turning into dihydrotestosterone (DHT). DHT is a major culprit of hair loss; the compound shrinks hair follicles and stops hair growth. You don’t want it around, and finasteride prevents it from hanging out.

Finasteride for hair loss is a pill prescribed at a dosage of 1mg per day. There is no ideal time of day to take finasteride, but you should take it at the same time each day for best results. It doesn’t matter if you take the pill with or without food.

Finasteride builds up in your system over time, which is why you don’t need to take it at higher doses –– you’re making a “deposit” every time you take the medication. But that’s also why people who skip pills on a regular basis don’t see the same results as someone who adheres to their daily treatment schedule.

That’s also why you will start to see hair loss again if you stop taking finasteride. You need to keep making those deposits to see returns. Many men will take finasteride for years, but once you decide you’re ok with your hair loss, you can stop taking the medication. Read more about how to get the best results with finasteride.

What types of hair loss does finasteride treat?

According to the Canadian Hair Loss Foundation, there are more than 100 potential causes of hair loss. Finasteride treats any hair loss specifically associated with DHT, which is the most common. Here are some specifics:

“Male pattern baldness”, also known as “androgenetic alopecia”, is the most common cause of hair loss.

Male pattern baldness may be caused by genetics on either side of your family (not just your mother’s side!). It’s characterized by a receding hairline and/or thinning at the crown of the head, which is measured on something called the Norwood Scale.

The Norwood Scale has seven stages, from barely perceptible (stage 1) to most or total baldness (stage 7). When someone exhibits male pattern baldness, it will usually start with a slightly receding hairline around the temples (stage 2).

Without treatment, the hairline will transition from an “M” shape to a “U”, with a larger bald spot on the crown of the head. Hair that has reached stage 3 or later on the Norwood Scale is diagnosed as male pattern baldness.

A mature hairline, also known as a “receding hairline”, may also be treated with finasteride.

Read more about different types of hair loss in our Beginner’s Guide to Hair Loss.

What types of hair loss does finasteride NOT treat?

There are other common forms of hair loss that finasteride doesn’t treat because they have nothing to do with DHT. Here are some specifics:

This abnormality is usually triggered by a medical condition such as prolonged fever, thyroid imbalance, vitamin or mineral deficiencies, certain medications, or extreme stress.

There is currently no cure for telogen effluvium, but the condition usually resolves itself when the associated cause is eliminated.

Alopecia areata is an autoimmune disease that causes the body’s immune system to attack hair follicle cells. While there is no cure for alopecia areata, corticosteroids and other anti-inflammatory drugs can suppress the immune system and sometimes encourage hair regrowth. Usually a dermatologist treats this type of hair loss.

Hair shaft abnormalities refer to hair loss that happens because of a break in the actual hair strand rather than the hair follicle. These abnormalities occur in conditions like:

Trichotillomania: A mental health condition wherein someone has persistent, irresistible urges to pull their hair out from their scalp, eyebrows, or other parts of the body. The treatment for trichotillomania is multifactorial, often requiring medication like an antidepressant and/or speaking with a mental health professional.

Loose anagen syndrome: A hair disorder where the hair is “loose” in the follicle and can be pulled from the scalp without much effort.. It’s most commonly seen in children. Minoxidil (see below) is often used to treat loose anagen hair syndrome, although results vary according to the individual.

Traction alopecia: Hair loss caused by consistent hair pulling over a long period of time, usually due to braids, dreadlocks, ponytails, etc. There is no cure, but if the condition is caught early, hair can start to regrow on its own after the hairstyle is reversed.

How effective is finasteride for hair loss?

Taken on its own, finasteride is more of a preventative measure than a treatment that will stimulate immediate hair regrowth.

People take finasteride when they’re beginning to see some hair loss; the medication is effective at stopping it in its tracks. One study found that 83% of people who took finasteride didn’t see any more hair loss after two years.

While hair regrowth is possible with finasteride, it takes a long time. One study showed hair growth improvements in 48% of study participants after one year of taking finasteride, and 66% after two years.

Finasteride isn’t a quick fix, but you should start to see results within three to four months if you adhere to your treatment schedule.

When people take finasteride with minoxidil (Rogaine), however, they have a better chance at successful hair regrowth. That’s because minoxidil increases blood flow to your hair follicles by widening the blood vessels.More blood flow means more oxygen and nutrients, and for some people, that means more hair growth.

What are the side effects of finasteride?

But if you’re taking finasteride for male pattern baldness, your low 1mg dose is highly unlikely to cause this side effect.

Other rare finasteride side effects include:

If you experience any of the following side effects on finasteride, see a doctor immediately:

Women who are pregnant or trying to conceive shouldn’t touch finasteride — literally. The medication can pass through the skin and potentially cause birth defects in babies.

What are other treatments for hair loss?

Finasteride is one of the most effective treatments for hair loss on the market –– but that doesn’t mean it’s your only option.

There are several treatments available for hair loss, including:

But when you’re weighing costs versus benefits, finasteride comes out on top as your cheapest, most effective option. Even when used with minoxidil, which is recommended for most people, you’ll be paying a fraction of what other treatment options cost — and both treatments are much less invasive.

The cost of hair transplants can vary wildly depending on where you go, but you may be looking at about $10,000 for transplants that treat male pattern baldness.

A less invasive option is laser therapy, but the results of this treatment are inconsistent: A small 2013 study found that laser therapy resulted in a 39% increase in hair growth over 16 weeks. But more studies are needed to determine whether the treatment is effective in a larger sample size over a longer period of time.

What about natural remedies for hair loss?

Be careful when researching natural remedies for hair loss. While one recent study did show that Lindera strychnifolia roots (LsR) extract can “manage hair loss by acting on the scalp microbiome”, much more research is needed for conclusive results.

When it comes to hair loss, there is a lot of misinformation online. Make sure you’re reading peer-reviewed, placebo-controlled studies that involve a large enough sample size when making decisions about whether or not to try a natural remedy for hair loss.

But we can assure you — a magic bullet hasn’t been found yet! 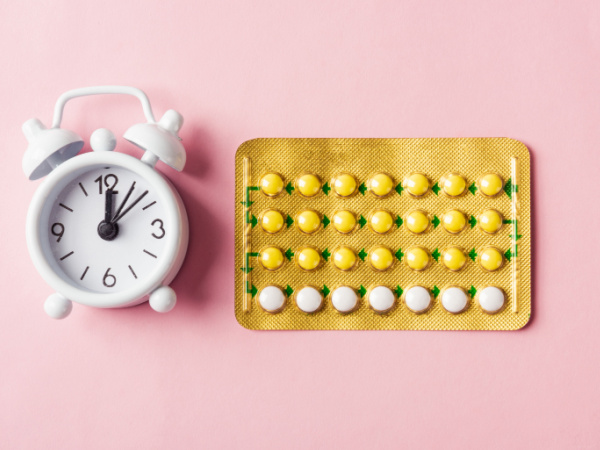 Can Birth Control Pills Expire? What You Should Know 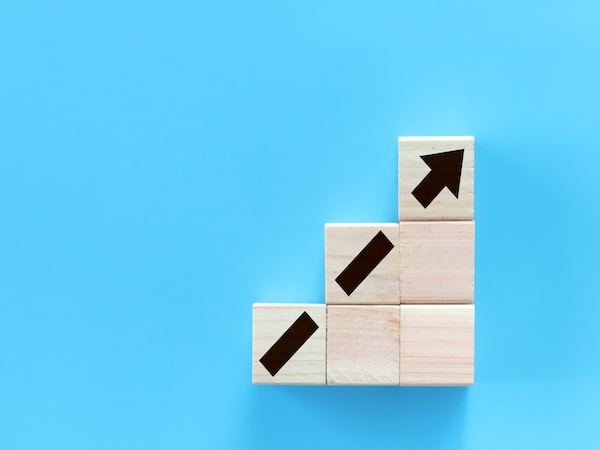 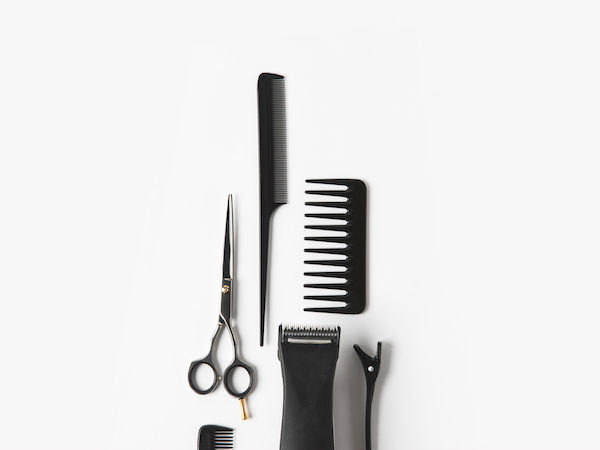